I was born in Garmisch Parten-Kirchen, in the Bavarian Alps of Germany. I came to the United States at 3 years old and grew up in upstate New York. Art has always been the driving passion in my life. After high school I went to art school on a scholarship at the Chautauqua Art Colony in upstate New York. Then I studied art at Elmira College in New York State. I went to the mid-west and studied art at St. Ambrose University in Davenport, lowa. I moved to San Diego, CA and studied art at San Diego City College and then at the San Diego Academy of Fine Art. My studies were done over many years, although I learn more every day. From my earliest days I followed my passion for drawing and painting fantasy and animal art.
I started in comic books where I was primarily a "Cover Artist". I liked doing covers because they have higher production values and visibility. I worked for Pacific Comics, Blackthorne Comics, Eclipse Publishers, Dark Horse, DC. My published comic book art has been sold in Canada, Europe and Africa. I try to bring realism to both genres. I did the color pages for the children's book prop for the Steven Spielberg’s, Amazing Stories episode, The Greibble(The Messy Monster). I've been invited to be in "Artist Alley" at the San Diego Comic Convention since the year 2000 and Artist's Alley at Wondercon and Comic-Fest for 9 years. People from all over the world have bought my fine art works. I was hired to do the Cover art for the paranormal, science fiction, romance novel...Entangled and colored a 9 page story for S.B.K. Burns. I was commissioned to do the 2018 Goodwin Jungle Book sketch card project for Upper Deck. I've worked in oil, acrylic, water color, pen & ink and PrismaColor pencils.
I am also doing my own work. I have always loved animals, to capture their expressions and show how beautiful they are. My animal art is photo realistic. I try to capture the emotion and personality of the animals I draw and paint. My subjects range from exotic, rare creatures, to cats and dogs. I have done very diverse projects for commissioned art from cityscapes to portraits all with my realistic view. For years I had an association with local Hallmark Stores and sold prints of animal and fantasy drawings.
I have been hired to do many commissioned art projects over the years, animal portraits, people portraits, fantasy art, and paintings of people’s homes, an oil painting of the San Diego skyline, and various commercial art projects. I have had many showings of my art at the La Jolla library, the Tierrasanta library and the Benjamin Branch library. I also had a one woman art show at the Artlab Gallery in San Diego. There are several YouTube videos of me done at the SDCC and others at various Art shows. Check out Barbara Marker on YouTube to see them. 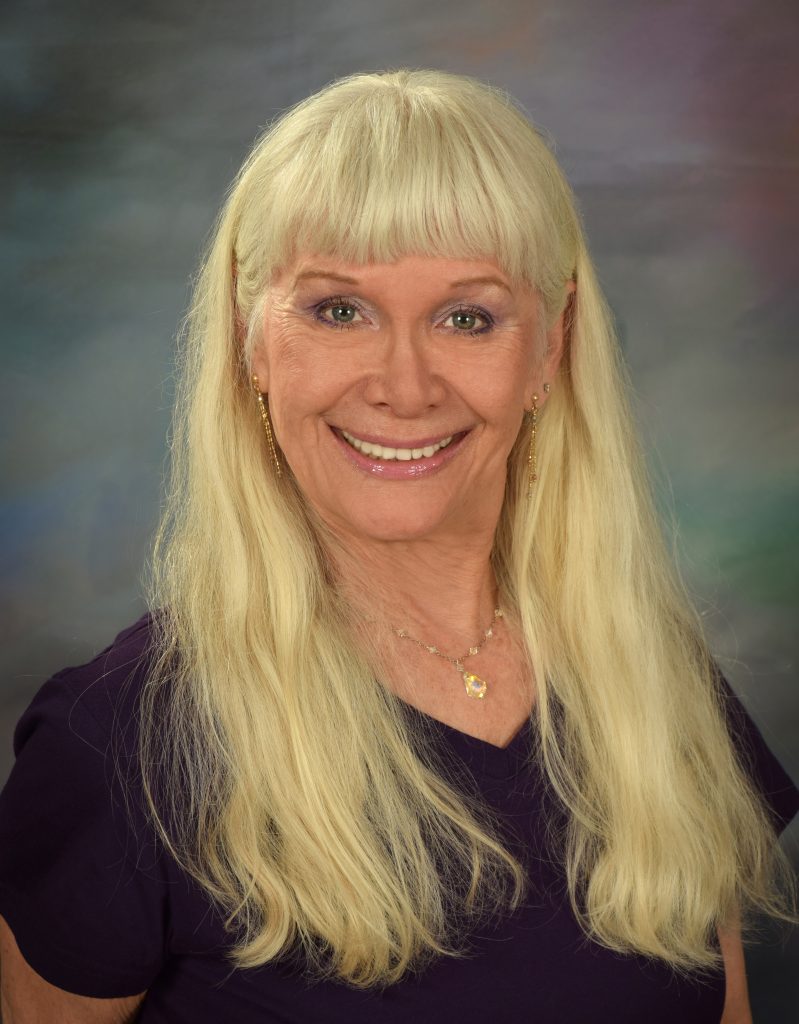